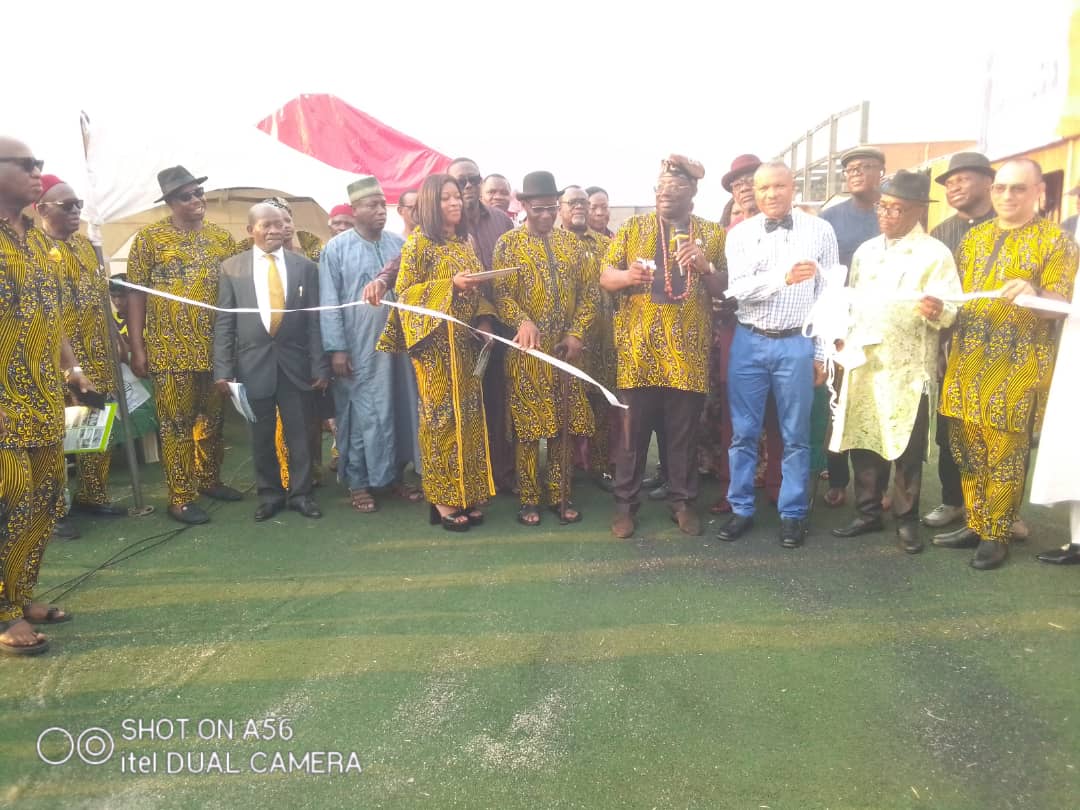 The deputy governor of Rivers State, Dr. Mrs. Ipalibo Harry-Banigo, DSSRS made the commendation while declaring the international trade fair open for business, asserting that Rivers state is ripe for business.

The Deputy Governor who was represented by her executive assistant, Mr. Ben Robert maintained that the state government has provided enabling environment and improved security for business activities to thrive.

In his speech, the president of Port Harcourt Chamber of Commerce, Industry, Mines and Agriculture (PHCCIMA) Eze, Sir Mike Elechi, JP, FNIM, NPOM commended Rivers State Governor on his concerted efforts in returning the state to it’s Garden City status, adding that the Governor’s developmental strides in critical infrastructure and institutionalizing the ease of doing business Council in the State are very strategic in boosting industrialization and attracting investment to the State.

Reflecting on this year theme “preparing SMES to Maximize Trade Opportunities in AFCFTA within the South South region” the PHCCIMA President expressed willingness to position MSMEs, SMEs, Businesses and local craftsmen towards utilizing the veritable platform provided by the Chamber and the massive infrastructure developed by the State to leverage the trade opportunities in the AFCFTA and actualize it’s objectives in the South South region.

He maintained that PHCCIMA being a premier Chamber of commerce accorded with international trade fair status in the South South region by the federal government is well-positioned work in collaboration with both the state and local governments to ensure Rivers people participated fully in the implementation and realization of the gains of the AFCFTA within the region.

While encouraging the Exhibitors and participants in the fair to make good use of the opportunity towards making good sales at affordable prices for the benefit of the entire people of Rivers State, he thanked the Chamber key partners, the Rivers State Government, NDDC, Mikano company and others for their support for the successful hosting of the fair.

The National President of NACCIMA, Ide John C. Udeagbala, NPOM, KSJ in his Goodwill Message ably presented by the 1st Deputy National President of NACCIMA, Otunba Dele Oye, SAN congratulated PHCCIMA President, Eze, Sir Mike Elechi, JP, FNIM, NPOM for continually bringing his wealth of experience in piloting the affairs of the Chamber, he also commended the trade fair organising committee, the Executives and entire members of the Chamber for bringing back the Port Harcourt International Trade Fair and for the standard they have maintained. He asserted that trade fairs are rallying points for exhibitors, expansion of trade and business transactions, and called on all participants to make good use of the platform to showcase their products and services to the world. He also noted that it was very imperative that effective actions are taken to adequately get SMEs ready to leverage the trade opportunities in AFCFTA within the South-South region.