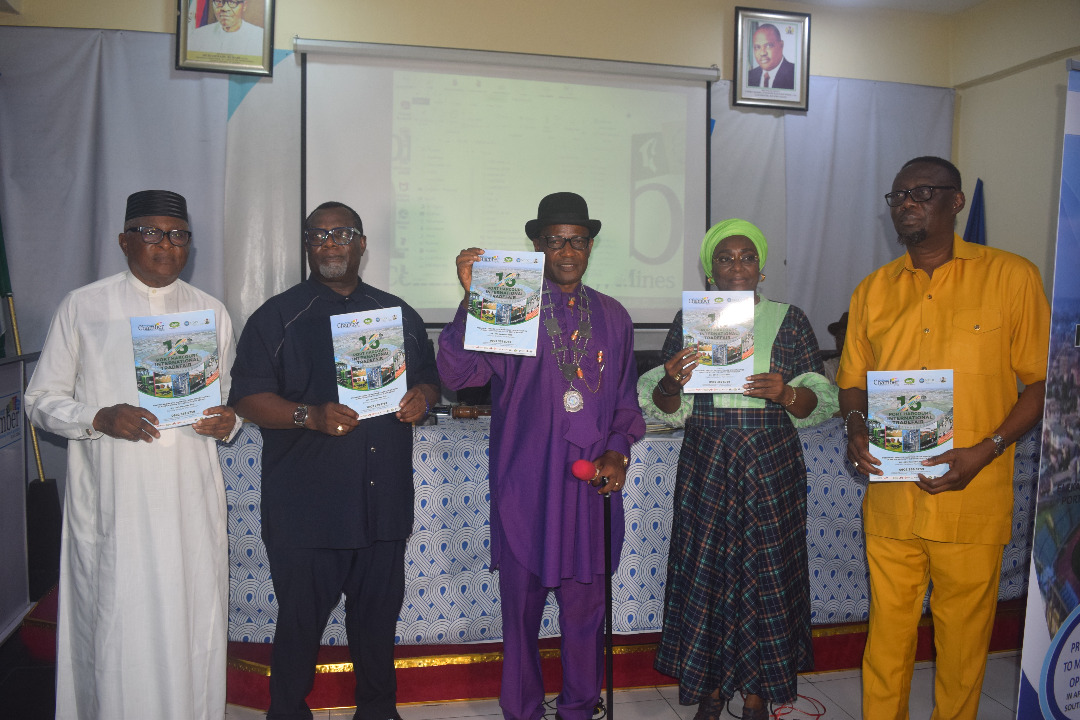 The Port Harcourt Chamber of Commerce, Industry, Mines and Agriculture (PHCCIMA) has unveiled it’s 16th Port Harcourt International Trade and exhibitions.
Speaking at the unveiling ceremony, the President of Port Harcourt Chamber of Commerce, Industry, Mines and Agriculture (PHCCIMA) Eze, Sir Mike Elechi, JP called on media practitioners to use the event of the international trade fair to showcase to the outside world the possibilities of Rivers State and stressed the need for collaboration of the media for effective and efficient dissemination of information ahead of the slated date of the trade fair.
While thanking the media for their support to the Chamber, he also enjoined them to showcase the peaceful nature of the state to the world for business to strive.
“The 16th Port Harcourt International Trade Fair and Exhibitions will hold at Yakubu Gowan, Elekahia Stadium, Port Harcourt between 6th to 20th December, 2022, the theme of this year’s trade Fair is “Preparing SMEs to maximize trade opportunities in AFCFTA within the South South region”. “This year’s trade fair is not all about Chamber of Commerce, it is about Rivers State, we have invited you here to tell the good story about what the Gov. Nyesom Ezenwo Wike led Administration has put onground, you can see the flyovers, good road network to ease traffic in the state capital, as a Chamber, we are trying to bring economic investors to do business in the state, hence the need for the press to assist in marketing the state.

“There are tremendous improvement in the fight against crime and criminalities in Rivers state, this is because people are beginning to tap from available opportunities created and the good thing about this year event is that we have good venue that can be located at ease, for those coming into the state for the first time can Google through the google map.
In his presentation, the Chairman Economic and Commercial trade group and the Marketing Subcommittee Chairman of the trade fair, Dr. Uche Maraizu explained that the trade Fair is an annual event where different groups, organizations and countries converge to exhibit their products and services, adding that this year will be more elaborate to compare with previous years.
He said essence of the press briefing is to inform the general public of the Chamber’s plan to hold its 2022 international trade fair through information dissemination adding that the 2022 Port Harcourt International trade fair will attract people from all walks of life to brainstorm on business ideas and hinted that the 2022 trade fair will also showcase to the world what’s happening in Port Harcourt and its environs, hence the call for a collective responsibility from all key players in the business industry to make it a huge success. Just as he noted that PHCCIMA will soon start intensive publicity on the scheduled activities and programs of the trade fair ahead of the slated date of the commencement to the general public.

Dr. Maraizu further called on prospective participants to contact the organizers through their various Media platforms, saying that there are different categories of spaces which also depends on individual size of Businesses and Services.

Hence, we have made it simple for prospective exhibitors to contact us either through phone, email etc and to go online to see the details of participation requirements. The trade fair unveiling which was held during the Chamber monthly general meeting was witnessed by Heads of Federal and State MDAs, Exco members, Past Presidents, Council  members, entire members and staff of the Chamber and the press as shown in the above picture gallery.

PHCCIMA PRESIDENT ADVOCATES FOR GROWTH OF BUSINESSES IN RIVERS STATE