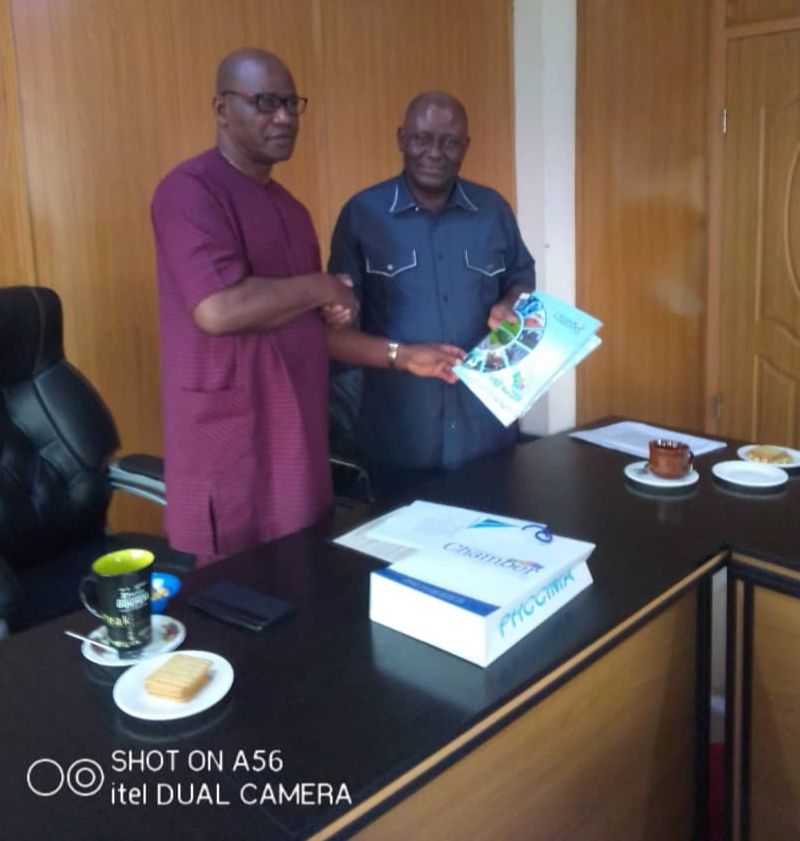 The President of Port Harcourt Chamber of Commerce, Industry, Mines and Agriculture (PHCCIMA) Eze, Sir Mike Elechi, JP, FNIM, NPOM has advocated for the growth of Businesses in Port Harcourt, the capital city of Rivers State.  He made the statement when he granted audience to the publisher and management team of National Network Newspaper on a courtesy visit to him at  the  Chamber Secretariat in Port Harcourt, saying that his prayer is to see the Trans-Amadi industrial layout begin to witness business traffic resulting to return of business activities as it were in the past.

The 62nd PHCCIMA President who called  for the building of an SMEs Incubation center where millions of young Rivers people could learn and establish trade of their choice which will also help in addressing the high rate of unemployment and reduce the youth restivenes in the state.
He maintained that the chamber is a Non Governmental Organization who’s operators are business owners, captains of Industries with the view of coming together to promote members businesses where necessary, adding that the window of registration are open to corporate Media organizations like the National Network Newspaper, positing that the benefits of joining the Chamber are  overwhelming.
The National Productivity Order of Merit award winner congratulated the management and staff  of National Network Newspaper at 18 and described the journey as a huge success, just as he recalled how he was instrumental to the formation of the Rivers State Independent Newspaper Publishers Association (RIVPA) while on active service as the Permanent Secretary in the Rivers State Ministry of Information and communication during the tenure of Sir, Dr. Peter Odili as Governor of Rivers State.
The Chamber President who is the Managing Director of Vintage Farms and Product Ltd said he was not surprised on his nomination for the National Network Newspaper award following his enormous wealth of experience in both public service and private sector engagements.
Earlier in his speech, the Managing  Director of National Network Newspaper, Pastor Jerry Needam said that the Newspaper house were at the  Chamber office to congratulate him on his inaugurationas the 62nd President of Port Harcourt Chamber of Commerce, Industry’ Mines and Agriculture (PHCCIMA) and to seek partnership for a good working relationship.
Pastor Needam who also presented a letter of nomination for an award of honour to the Chamber President said that his choice for the award was based on the testimonies received from the questionnaire’s and opinion polls during the selection process, adding that the presentation of the award will be done during the 18th anniversary of the National Network Newspaper bid to hold on Friday 28 October, 2022 at Hotel Presidential in PortHarcourt.
In his vote of Thanks, the Director General of Port Harcourt Chamber of Commerce, Industry, Mines and Agriculture (PHCCIMA) Mr. Erasmus Chukunda thanked the Newspaper cooperation for finding his boss worthy of  the award and urged them to remain focused and committed in their reportage.
Highlight of the brief event was the presidential presentation of sourveniers by  the Chamber President to the visitors.